Do you know when and where the first ever bodywork repair due to a car crash took place?

One thing that, inevitably, has been parallel to automotive history is crashes that involve both drivers and vehicles. This way, even at the beginning of automotive, when machines hardly looked like current cars, accidents, more or less serious, happened. So, how, when, and where did the first car crash in history take place?

The answer depends on the historical moment when we can talk about cars and not self propelled artifacts. This way, even though it is difficult to be 100% certain, there seems to be an agreement regarding the first documented accident of a combustion motor vehicle, with body and paint damages. It took place in 1891 in Ohio City, one of the oldest neighborhoods in Cleveland (Ohio, United States).

Although during the majority of the 20th century the city of Detroit (Michigan) was a synonym with automobile manufacturing in the United States, at the end of the 19th century and at the beginning of the 20th, this was not the case. However, Cleveland and its surrounding area were the home of some of the most important creative minds of this new transportation technology.

One of them was James William Lambert. This inventor played a very important role in the initial development of automobiles at the end of the 19th century, being responsible for more than 600 patents. Amongst them, the first gasoline engine produced in the United States (1887), and also the first successful automobile built in America (1891). 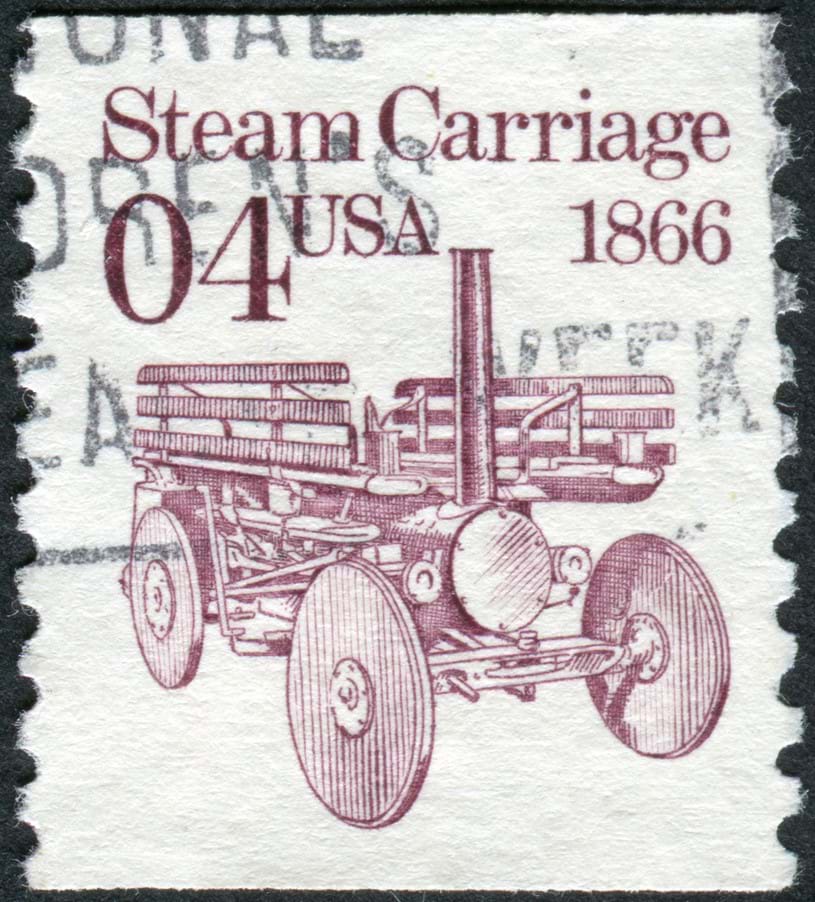 When he was just a teenager, Lambert had come up with an ingenuous corn hand-seeder machine, which the Lamberts sold all over the country, revolutionizing agriculture for a short period of time, before bigger machines were developed. This first successful product started John Lambert’s career, during which he invented articles manufactured and sold by his family.

In 1876, Lambert and his father visited a tannery, where there was an engine that worked without a steam furnace. When they arrived to the site, he discovered, disappointed, that the building had caught on fire the previous night. He searched through the ashes and found a burned Otto gas engine. This was the only one of that kind that he had ever seen or heard. He took it apart to see how it was built. It was a slide valve coal gas engine.

Lambert kept this discovery in the back of his mind for years until, in the decade of 1880, he learned that Karl Benz was building an automobile in Germany. This fact revived his vision of creating a gasoline engine that worked as a horseless carriage. Benz’s automobile was operated by belts from an engine. As a result, Lambert felt that if he could manufacture a light gasoline engine that would not be propelled by belts, he would have a valuable transportation vehicle that could be used in the United States.

He spent the next several years working on this, with more failure than success. However, he did not give up and kept his advances secret. In the middle of his automobile’s development, he traveled to New York to see a boat propelled by an engine that incorporated a means of gasoline vaporization invented by Gottlieb Daimler in Germany. After seeing this complex carburetor, Lambert came up with a simpler one that he used to speed up the progress of his invention.

He performed the operational tests under total secret and the outdoor tests at night on quiet roads. During one of these tests, in the company of his friend James Swoveland, Lambert’s automobile, with three wheels and the first to have a one-cylinder gasoline engine, hit a huge root that stuck out of the ground, losing control of the vehicle and crashing against a horse hook post. That was, possibly, the first time a body and paint repair was needed in history. Fortunately, without any major damages to people! (The same cannot probably be said about Lambert’s pride).